How to stop your home or businesses being targeted by criminals

Burglary victims often wonder why the burglar picked on their house.

To find out you need to consider:

“How does a burglar’s mind work?” 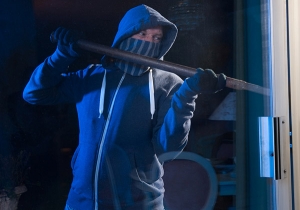 Burglary, on the whole, is an opportunist crime. A burglar will select his target because it offers him the best opportunity to carry out his crime undetected and with the fewest number of obstacles in his way. A building that presents itself as unoccupied and insecure is far more likely to be targeted than one which is properly secured:

Each of these makes access to the building far simpler and is an indication to the prospective burglar that it’s worth a second look.

The question is, are the occupants in?

These are signs telling the burglar that he is unlikely to be disturbed in the course of his work. Naturally, circumstances may arise when such situations may be unavoidable. If we can take measures that tell the burglar that this building is too difficult or too risky a target, he will hopefully move on.

Are you leaving a thief the key to your house?

Remove temptation, where possible, try to keep valuables out of sight from windows.

Make it look as though your house is occupied

If you are away for extended periods.

Any cookies that may not be particularly necessary for the website to function and is used specifically to collect user personal data via analytics, ads, other embedded contents are termed as non-necessary cookies. It is mandatory to procure user consent prior to running these cookies on your website.